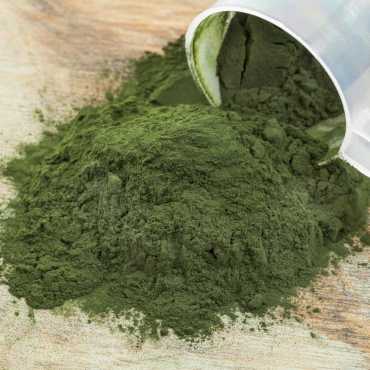 Organic blue-green algae is one of the most nutrient dense foods on the planet. Two varieties, spirulina and Aphanizomenon flos-aquae, are the most consumed forms of blue green algae; which has superfood status due to high concentrations of proteins, vitamins and nutrients.

Aphanizomenon flos-aquae is rich in compounds that provide antioxidants. A measurement called the “oxygen radical absorbance capacity” (ORAC) is used to determine free radical scavenging capacity of foods and other substances purported to contain antioxidants. Italy’s University of Urbino Carlo Bo applied the ORAC method to edible AFA. The outcome was positive in favor of researchers supporting the use of AFA as a dietary antioxidant supplement to relieve oxidative stress.

The University of Urbino Carlo B conducted another study designed to evaluate the ability of AFA to provide defense against oxidative damage to normal human red blood cells and plasma. Results suggested AFA lowered oxidative damage in both. Furthermore, AFA delayed the depletion of enzymes that are beneficial to the body.

A Japanese study found that a product containing blue-green algae from lake Klamath exhibited considerable antioxidant activity and was an effective adaptogenic; that is, a substance that helps the body adapt to protect against stressors.

The  blue green algae contains various nutrients such as proteins, carbohydrates, amino acids ,low calories and little or no fat. It also contains minerals such as calcium, potassium, iron, zinc and phosphorous. Vitamins in blue green algae include Vitamins A,B,C and E.

Due to their high anti-viral properties and powerful anti-oxidants, blue green algae  combat HIV by inactivating it plus  other viral infections. This extract of blue green algae has been shown to hinder growth of cells such as in herpes, hence strengthens immune system. Additionally , it aids in cell regeneration as well as repair of damaged tissues.

One of the Blue green algae, Aphanizomenon flos-aquae (AFA) , helps fights inflammation owing to a compound known as phycocyanin, a natural COX-2 inhibitor .This compound relieves pain caused by inflammation without any side effects. It is rich in plant based omega-3 fatty acid Alpha Linolenic acid(ALA) which hinder development of inflammatory prostaglandins.

Blue-green algae is useful in the maintaining a healthy flora in the gut as well as promoting digestion. Furthermore, it helps stem proliferation of Candida Albicans in the gut.

Studies have shown that blue green algae lowers risk of developing oral leukoplakia  in tobacco users in a period of one year.

Blue green algae detoxifies the body of heavy metals like mercury thanks to its cell membrane. It’s  phytonutrients can aid in cleansing the body.

During strenuous exercise by athletes,iron deficit may result. To restore the iron, it rids them of the symptoms of the deficiency-muscle fatigue and exhaustion. Blue green algae enhances the physical ability of the body during such exercises.

The greatest benefit of bringing this nutrient-dense wild food into your life is not simply its nutrient concentration, but rather its total synergistic effect on the mind and nervous system including the pituitary, pineal, and hypothalamus. Because our brain cells use neuropeptides to communicate, and Blue-Green Algae contains the basic building blocks and neuropeptide precursors necessary to create these potent brain chemistries, Blue-Green Algae contributes to the brain’s ability to process information and achieve a sense of well-being in the user.” says Dr. Gabriel Cousens, M.D.