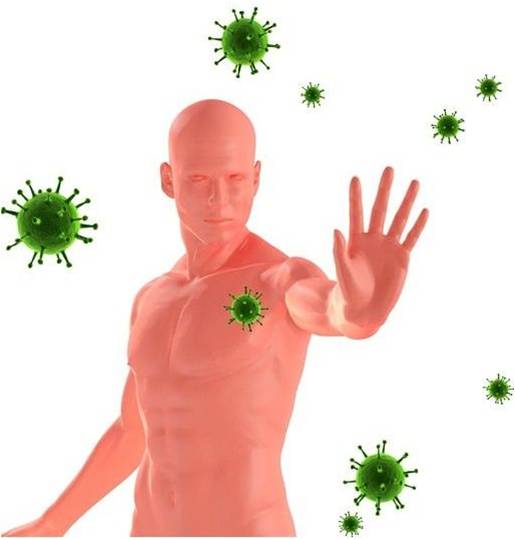 The human body is much like a car’s engine in that it tends to get “gunked up” from constant exposure to toxins. Cleaning chemicals, environmental pollution, pharmaceutical drugs, processed foods – all these and more place a constant burden on the body’s natural cleansing systems. While these systems are designed to capture and flush as many toxins out of the body as possible, they can become overwhelmed by the immense, constant toxic onslaught of our modern world.

This is why supplemental body detoxification is so important. In order to jumpstart your body’s flushing capacity to ensure that any and all toxic stragglers are removed as quickly and thoroughly as possible, it’s absolutely vital that you follow certain protocols on a routine basis.

Detoxification is about a whole lot more than just a superficial notion of feeling “clean” as part of some trendy dieting fad. It’s about protecting your body against the very real and damaging effects of toxic buildup.

Why Body Detoxification Needs to Happen Before Weight Loss

The problem with trying to lose weight before detoxifying is that toxins tend to live inside fat tissue. This means that the minute you start burning off that spare tire, those toxins will immediately start flooding your system. Depending on your personal level of toxicity, this process might overwhelm your vital organs.

“By far, the majority of toxins are lipid-soluble molecules,” explains a 2002 study published in Advances in Nutrition: An International Review Journal about the nature of toxins embedding themselves in fat tissue.

The First Step in Detoxifying Your Body: Reducing Toxic Exposure

I want to address the very first thing you need to do before you even think about starting a cleanse. This is to reduce your toxic exposure as much as possible. There’s no point in trying to rid your body of toxins if you’re just going to continue piling more of them on unwittingly. In order for your body to gain an upper hand in the detoxifying process, you’ll need to give your liver and intestines a break from having to process so many toxins at one time.

Here are 7 of the most common sources of toxicity you need to watch out for:

Both an environmental and dietary concern, EDCs include phthalates in plastics; polychlorinated biphenyls (PCBs) in electrical devices and fluorescent lightbulbs; bisphenol-A (BPA) in food can linings; synthetic steroids in conventional meat products; and estrogenic compounds in soy-based foods.

The reason you need to buy and consume organic and/or chemical-free products whenever possible is because many common food pesticides are highly toxic. Pesticides, insecticides, and herbicides are designed to destroy life. Is it any wonder they also accumulate in, and act to damage the human body?

This brain- and bone-damaging poison is hard to avoid if you live in a community that adds artificial fluoride chemicals to the public water supply. But you can help minimize exposure to this noxious chemical – which has been shown to leach lead and other poisons from water pipes – by investing in a whole-house water purification system that uses reverse osmosis, bone char, activated alumina, and/or deionization filtration technology.

There’s a popular mantra that says if it’s advertised on television, you probably shouldn’t eat it! Many packaged and processed food products are loaded with chemical preservatives such as sodium benzoate, monosodium glutamate (MSG), refined sugars, artificial sweeteners, synthetic food colorings, and other synthetic non-foods that contribute to early aging and degenerative disease. Avoiding these and eating only pure, simple foods made from organically grown, non- irradiated components will go a long way towards minimizing your toxic exposure.

Also known as Electromagnetic Frequency (EMF) or Electromagnetic Radiation (EMR), these are the invisible toxins that we can’t see and therefore most people don’t think about. Yet mobile phones, WiFi, smart meters, cell towers, microwave ovens, laptops, and many more devices are emitting a constant stream of radiation into the environment around you. This causes damage at the cellular level and can even alter the genetic material of your cells.

Most of what mainstream society recognizes as medicine (especially with regards to anti-cancer treatments), the body sees as poison. Pharmaceuticals are among the worst toxic offenders in our modern world, with a strong lipophilic tendency to build up in fat and neurological tissue. Some pharmaceuticals also have a long half-life, meaning they don’t break down very quickly and can take months, or even years to disappear from the body.

I’m not saying to stop taking your prescriptions, but before accepting a prescription from your doctor, ask if there are any diet or lifestyle changes that might work instead. You’d be amazed at the number of conditions that can be improved, if not resolved outright, through a change in diet and improving other lifestyle factors such as stress levels and sleep quality.

The list above isn’t meant to frighten you. And the last thing you should do is just throw up your arms and declare that it’s pointless to even try and limit your exposure to all the various toxins. The goal is progress, not perfection because health is a conscious choice.

After doing your own research about the importance of detoxification, we recommend you to have a look at the Antioxidant 24h and the Φίλτρο Επεξεργασίας Νερού