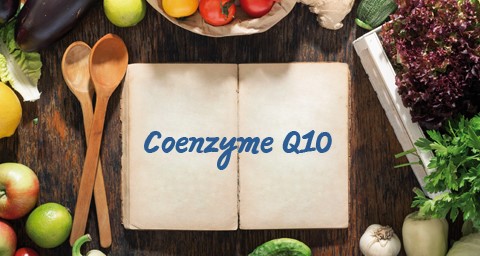 Coenzyme Q10 (CoQ10) is a fat soluble compound best known for its vital function in the production of energy inside cells. It is concentrated in the part of the cell that churns out energy, the mitochondria. A lesser known function of CoQ10 may be its powerful antioxidant activity in cell membranes and in lipoproteins like LDL cholesterol.

Skeletal muscle, the brain, the liver and gum tissue are also big energy consumers. These organs and tissues require optimal amounts of CoQ10 for optimal energy production for optimal health.

Cells use enzymes to break down chemical bonds in molecules to produce energy. Importantly, enzymes just can’t perform without their supporting cast of coenzymes. Many vitamins and CoQ10 are coenzymes and without them energy production is impaired. According to Dr. Langsjoen, “CoQ10 is a coenzyme for three large enzyme systems that are essential for 90% of cellular energy production”.

CoQ10 as a powerful antioxidant
Residing in cell mitochondria, membranes and in lipoproteins, CoQ10 functions to neutralize free radicals and reactive oxygen species – those damaging molecules that are formed simply by breathing and eating.

Where do we get CoQ10?
All plant and animal cells contain CoQ10. It is ubiquitous. That means it is found everywhere. And it is why various forms of CoQ10 are called ubiquinone and ubiquinol.

Like cholesterol, your body makes its own CoQ10 which is a biochemical illustration of just how important this compound is to health. It is also found in food. Meat, fish and poultry are good dietary sources of CoQ10.

Should you supplement with CoQ10?

By using supplemental CoQ10 preventively and therapeutically, a growing body of research shows that you can avoid the long term adverse effects of decreased cellular energy production and impaired antioxidant function.

Research showing that there is increased absorption of the newer form of CoQ10, ubiquinol is exciting. The therapeutic use of ubiquinol potentially may improve the long term health outcome of millions of people that suffer from degenerative diseases associated with that inevitable condition, aging.

That’s good news for your heart, your muscles, your brain, your liver, your pancreas, your kidneys, your gums and teeth, your skin, your eyes, your immune system, your overall health.
Αfter doing your own research, we recommend you to have a look here.