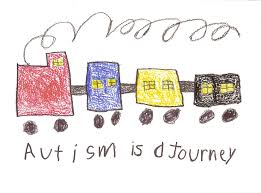 Autism belongs to a group of developmental disabilities called autism spectrum disorders (ASD). The name “spectrum” stems from the fact that these disorders affect each child differently. These disorders involve delays in the development of many basic skills, including the abilities to socialize or form relationships with others and to communicate effectively. Children with autism may also have intellectual disabilities and behavioral challenges.

What Are the Symptoms of Autism Spectrum Disorders?

Symptoms of autism spectrum disorders typically appear before a child reaches age 3 and last throughout life. Children with ASD can display a wide range of symptoms, which can vary in severity from mild to disabling. General symptoms that may be present to some degree in a child with autism include:

Alternative treatments, including diet, nutritional supplementation, environmental medicine, and behavior therapy have been useful in alleviating the symptoms related to autism, and in some case, completely reversing them.

But what core factors can cause autism, and what approaches can be used to remedy it?

There has been much debate about the causes of autism, and there are many theories, with a few that have garnered significant public attention. It is important, however, to understand that a variety of factors have been implicated as causal factors. They include the following:

Digestive deficiencies: Constantine A. Kotsanis, M.D., believes that autism has many causes and that parasites, yeast infections, food allergies, and a digestive enzyme deficiency all contribute to it. Correction of the digestive system is imperative in treating autism.

Antibiotics: Many children develop autism after antibiotic treatment for repeated infections, and this chronic use destroys the “good” bacteria in the intestinal tract that paves the way for yeast overgrowth (Candida albicans). Should this be left untreated for any length of time, it can turn into leaky gut syndrome, which causes undigested food particles to get into circulation and cause autoimmune reactions and food allergies, which are common in people with autism.

Food allergies: Sensitivities to certain foods, most notably wheat, sugar, and milk, can contribute to behavioral problems. Since many autistic individuals have allergies, they need to be identified and promptly removed from the diet.

Vaccinations: Multiple toxic ingredients in vaccines that are injected directly into the bloodstream appear to be responsible for triggering autism. Aside from toxic heavy metals like aluminum and mercury, vaccines also contain other adjuvant materials, preservatives, and other additives that increase the complex, toxic load. Oxidative stress and brain inflammation have been documented in association with toxic exposures, including heavy metals, and autistic individuals possess a unique type of neuro-inflammation in their brain tissue which signals vaccine damage.

Heavy metal poisoning: Aside from aluminum and mercury, elevated blood levels of lead have been found in some autistic children. It is important to address the metabolic profile in autism, because these toxicities affect other metabolic processes.

Viral infections: Rubella (German measles) or cytomegalovirus (related to herpes virus) during a mother’s pregnancy and severe infections during infancy, may be associated with the onset of autism in children.

A multi-faceted approach to consider

There are several approaches to treat autism, and considering a number of them may be prudent since autism can be brought on by many different factors, which require different approaches.

Since parasite and yeast infections are often prevalent in autistic individuals, a bowel cleansing is often in order as well as enzyme supplementation, since many autistic children are deficient in enzymes. Many of these children also have leaky gut syndrome. To correct this, consider L-glutamine, beta carotene, aloe vera extract, flax seed tea, garlic extract, coconut kefir, soaked chia seeds, and fermented vegetables.

Another important approach is to address inhalant, food, and chemical allergies and sensitivities. This is done by eliminating offending foods and chemicals for 60 days or more and slowly introducing them back in, one by one, to determine which substances cause allergic reaction and should be avoided to eliminate immune system suppression.

The basic building blocks of our brain cells are essential fatty acids such as EPA and DHA from fish oil. These fatty acids are also used as fuel for brain metabolism and help control the chronic inflammatory processes involved in degenerative brain disorders. Thus, omega-3 fatty acids can improve dramatically brain’s health and relieve the autism symptoms.

Auditory integration therapy and strong psychological support and involvement by the family are also important for these approaches to be effective.

After doing your own research about autism, we recommend you to check here.