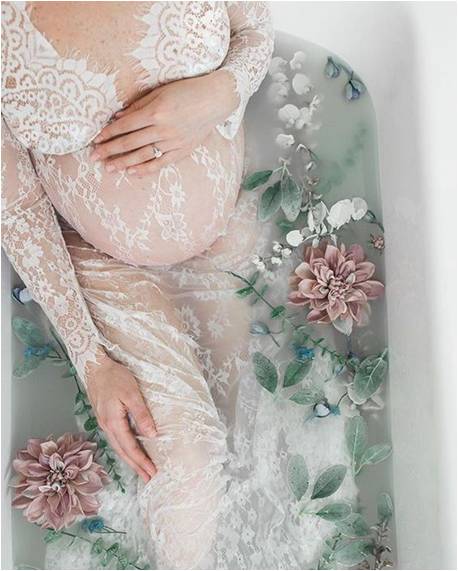 Exposure to lead while in the womb can have disastrous effects on a child’s IQ, suggests a new study out of China. Researchers from Sun Yat-sen University, after evaluating several hundred pregnant women with varying levels of lead in their blood, discovered that prenatal exposure to the toxic substance can be just as problematic as postnatal exposure, which means that mothers need to beware.

Nobody willingly eats lead, of course. But the toxic metal is sometimes hiding in food and drinking water, and pregnant women who inadvertently ingest it could be harming their unborn children in ways previously unknown. While direct lead exposure during early childhood development is well known to cause brain damage, the damaging effects of prenatal exposure through the mother are only just now beginning to be understood.

Researchers collected blood samples from 332 pregnant women during each trimester of their pregnancies and followed this up by taking blood samples of their children three days after birth. They then measured the children’s IQ levels in conjunction with the blood lead levels to look for any possible connections.

Upon analysis, they found that infants whose mothers had the highest blood lead levels during the first trimester had average IQ scores half of a point lower than infants whose mothers had the lowest blood lead levels. Out of a total score of 40, infants in the low-lead group tested at an average of 39.3, while those in the high-lead group tested at 38.8 on average.

“This study supports the notion that lead exposure in the first trimester might be a window of vulnerability for newborn behaviors,” stated Dr. Bruce Lanphear, an epidemiologist from Simon Fraser University in Canada, to Environmental Health News. Dr. Lanphear was not part of the study but is a leading expert on the health effects of lead exposure.

The study lends credence to the hypothesis that an unborn baby absorbs lead directly from his mother’s blood. In adults, lead is typically stored in the bones, and during pregnancy an expectant mother will lose some of her bone mas to contribute to the skeletal building of her baby. This is when lead is believed to deposit into the baby’s body.

Supplementation with nutrients like calcium, iron and zinc can help address this, according to the study’s authors, but other factors such as water fluoridation can make the problem worse. Artificial water fluoridation, has been directly linked to lowered IQ in children. And part of this is due to fluoride’s capacity to leach lead out of water pipes.

“In addition to containing contaminants, such as arsenic, recent research suggests that fluoridation chemicals may also be leaching lead out of old pipes,” explains the Fluoride Action Network. “Since lead exposure during childhood can cause a range of serious effects, including reduced IQ and asthma, the possibility that fluoridation may be increasing lead exposure among some children is a serious issue, which deserves very careful consideration.”

Fluoride all by itself is actually more toxic than lead, yet it is deliberately added to many municipal water supplies under the guise that it helps prevent tooth decay. But numerous studies, including one out of the University of North Carolina (UNC), have found that fluoride creates synergistic toxicity by literally pulling other toxins like lead out of pipes and into drinking water, combining them with the fluoride itself.
Filtering your water is the best way you could ensure a water quality and protect yourself and your baby from any harmful ingredients.
After doing your own research, we recommend you to have a look here.